Today is your day, you can go anywhere and do anything you want to do within a radius of 200km around Cape Town. You have a luxury executive bus, a Minibar filled with drinks on board, a knowledgeable guide as a driver and an open road!.

This tour is charged for 7 people and no limitations from 8am to 8pm.

Whats included on Board

We now visit perhaps one of the most interesting Towns in South Africa, its history and culture piqued the interest of both visitors and scholars alike.
In 1679 Simon van der Stel, while on an inspection of the outposts and a search for more arable land in the Hottentots Holland area, came across the Eerste Rivier (“First River”- named by Corporal Willem Muller simply because it was the first river he crossed on an expedition in 1655) and set up camp on an island formed by the double course of the river. He named the area Simon van der Stel se Bos (Simon van der Stel’s bush) and knew this beautiful valley called for settlement, it was suitable for agriculture and watered by the Eerste Rivier, later it became known as Stellenbosch (Stel’s Bush).

In 1683 some farmers settled around the Stellenbosch area. The town however, was only established in 1685 when Commissioner Baron Hendrik Adriaan van Rheede accompanied Simon van der Stel on a visit to the area and stipulated that a Drostdy be erected on the island and a town be laid out. Van Rheede was managing the affairs of the VOC (De Verenigde Oostindische Compagnie – the Dutch East India Company) in the Cape. Jan Mulder was appointed as the first landdrost (magistrate) and the town was laid out. By now farms were being cultivated and the first vines were planted in Stellenbosch, some of the farms’ names have survived to this day, which include: Mostertsdrift, Jonkershoek, Idas Vallei, Coetzenburg and Koelenhof. 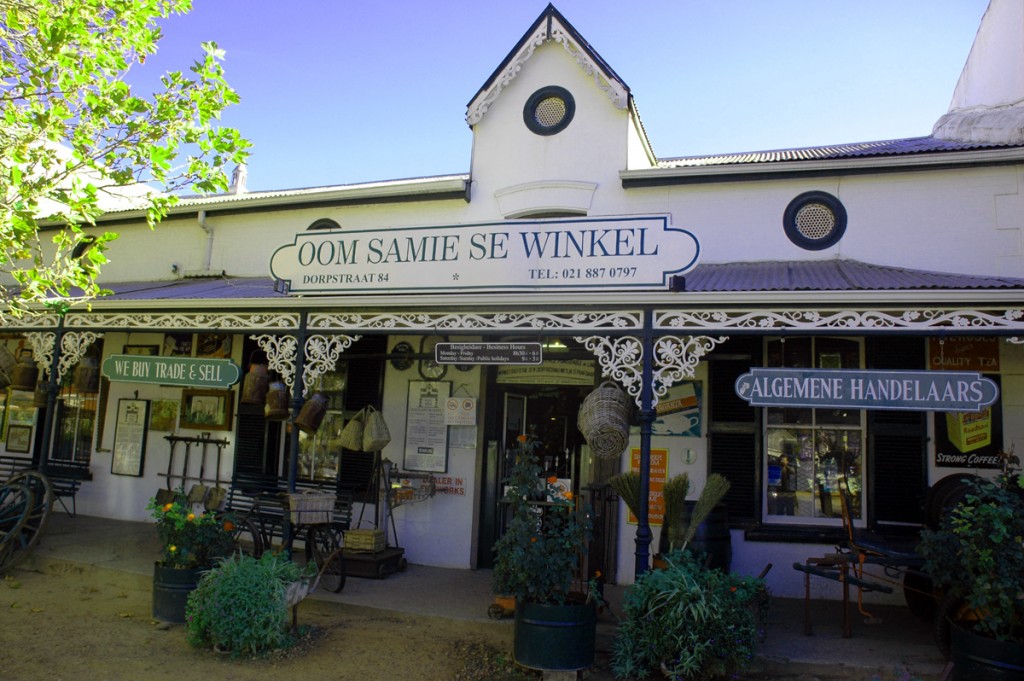 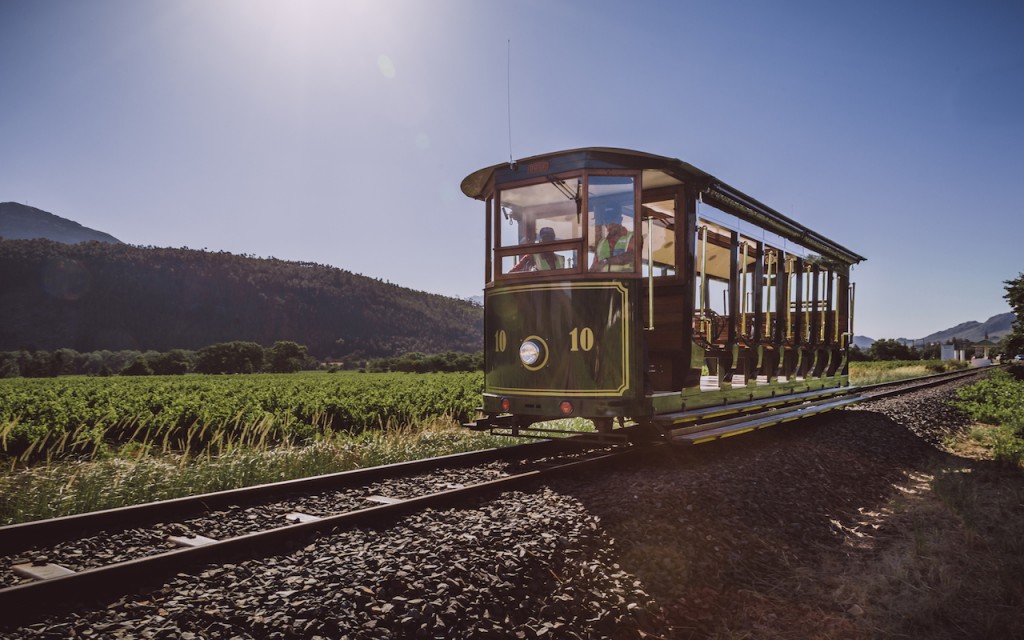 The Town of Franschoek

Nestled between towering mountains in the beautiful Cape winelands lies the magnificent Franschhoek Valley. This is the food and wine heartland of the country, where splendid wines are grown and our top chefs create international cuisine. Here breath-taking scenery, warm hospitality, world class cuisine and the finest wines all combine to create lasting memories.

Spectacular vineyards cover these mountain slopes settled more than 300 years ago by the Huguenots, who brought with them their age-old French wine and food culture. This is a valley rich in history centered around a picturesque village of friendly, welcoming people.The history of the Huguenots in Franschhoek is well documented; however, the history of the original inhabitants of the area, the San and Khoi tribes-people, is not as well known.

Individual Huguenots began to settle in the Cape from 1671 onwards. From 1688 to 1689, a large number fled religious persecution in France as protestant-reformed Christians and immigrated to the Cape of Good Hope to find a new life. The name “Franschhoek” stems from the Dutch phrase “Fransche Hoek”, which means “French corner”. The Dutch referred to the area as the “French corner” because of the significant number of French nationals living there.
Farms were granted to these new settlers, all bearing French names in honour of their country of origin. Many farms today still have their original names given to them by the French settlers who built them. 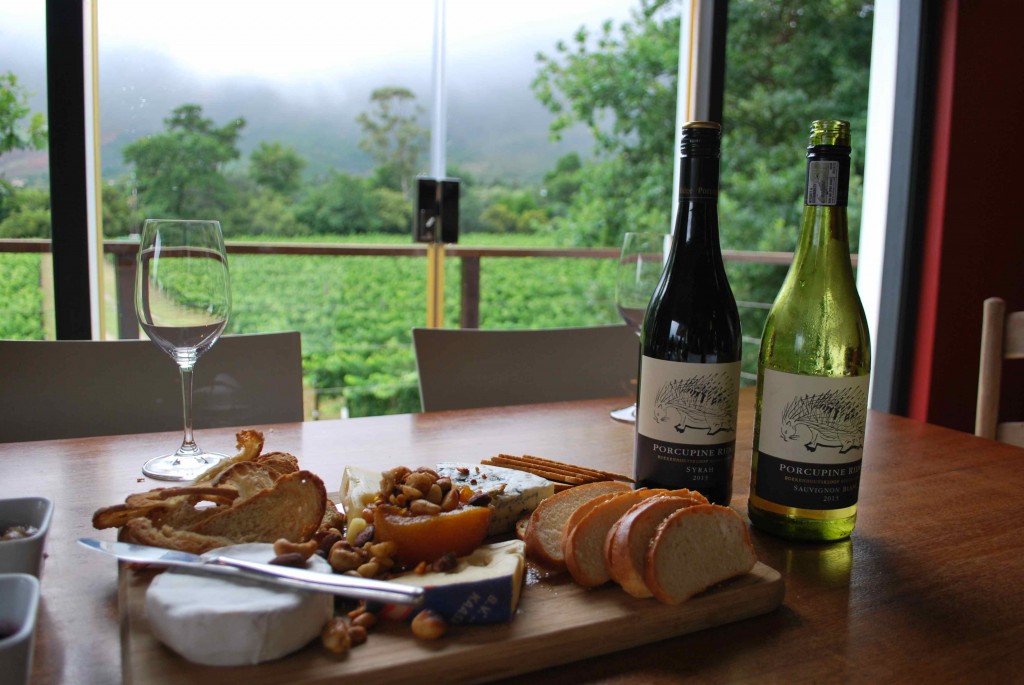 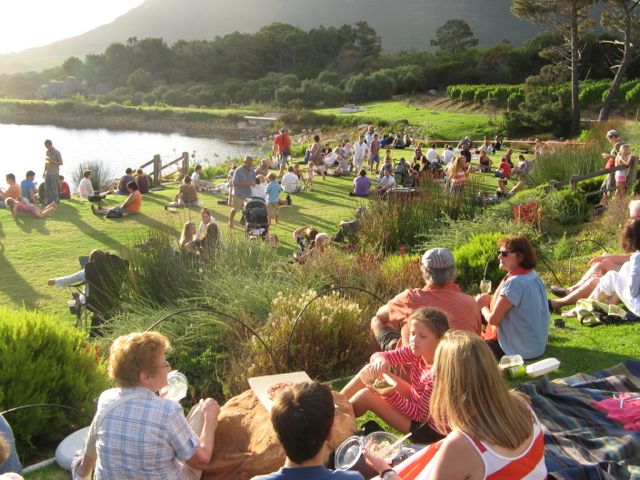 The Slave Lodge is one of the oldest buildings in Cape Town. The many names of the building over three centuries – Slave Lodge, Government Offices Building, Old Supreme Court, and SA Cultural History Museum – reflect the long and rich history of the building.In 1998 this museum was renamed the Slave Lodge. Under the umbrella theme, ‘From human wrongs to human rights, exhibitions explore the long history of slavery in South Africa and attempts to address issues around human rights awareness.

The Company’s Garden is situated in Queen Victoria Street, at the top of Adderley Street, and adjacent to the South African Parliament. It takes its name from the Dutch East India Company who first started the garden in 1652 for the victualing of their ships that plied the spice trade route between Europe and the East Indies, via The Cape of Good Hope.The Vegetable Garden is not only a visitor attraction, but also a resource to exhibit and teach urban-agriculture skills to those interested in growing food in an urban context, and help to promote food security. 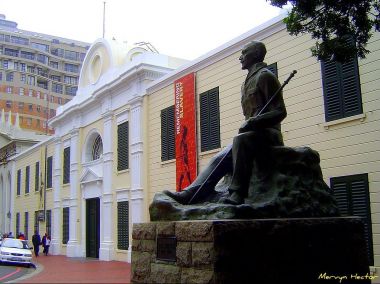 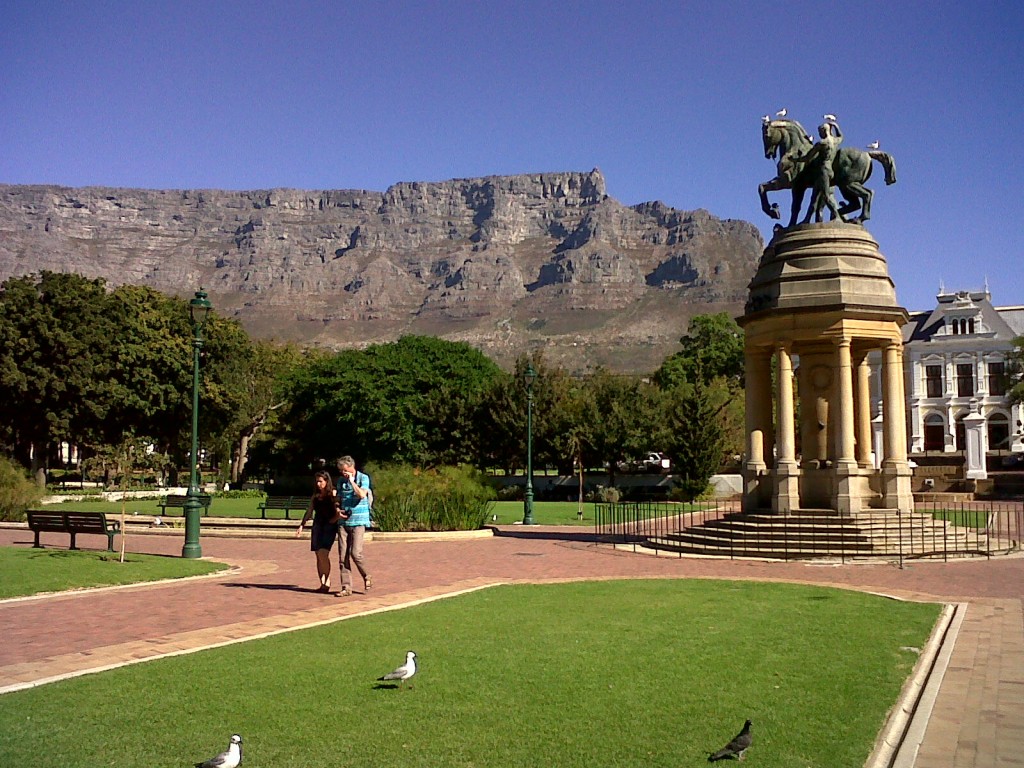 The Mother City has some of the most beautiful beaches in the world and something to offer everyone. It is no surprise that South Africa was one of the first countries outside of Europe to earn blue flag status for some of her beaches – there are three on offer in and around Cape Town.

The blend of 2 oceans (the Atlantic Ocean and the Indian Ocean) and hence 2 different styles of beach, divided by a 1000m high peninsula, leaves Cape Town an unrivalled holiday destination.The west side of the Cape Peninsula, on the Atlantic Ocean, has a very definite style of beach. This is where the more fashionable set go to see and be seen, particularly along the Atlantic Seaboard, also known as Cape Town’s “Riviera”, which stretches from the V&A Waterfront on the north shore of Table Mountain up as far as Hout Bay and is connected by one of the most picturesque, scenic drives along Victoria Road.

Beaches here enjoy longer sunshine hours, incomparable sunsets and more protection from the “Cape Doctor” (Cape Town’s infamous south easterly) than the False Bay side of the Cape peninsula. There is a spectacular selection of unspoilt beaches with seas that are usually 3 to 4 degrees colder than the Indian Ocean but this doesn’t seem to worry anyone soaking up the sun against the backdrop of blue skies and white sands. North of the Atlantic Seaboard are the beaches of Blaauwberg and Table Bay. These sport the picture-postcard views of Cape Town over Table Mountain and Robben Island and tend to be more popular with locals, particularly kitesurfers. Beyond Hout Bay, beaches such as Noordhoek and Scarborough are less frequented but no less beautiful, rather they’re where the locals can get away from the crowds.

The east side of the peninsula, on the warmer Indian Ocean, is generally more laid back and not as frenetic as the Atlantic coastline, although in peak season these family oriented beaches can still become pretty busy. These beaches are favoured by locals who live in the southern suburbs of Cape Town who don’t need to drive far to get to a beach.False Bay is a huge arc that curves from the Helderberg beaches on the east side of the bay to Cape Point on the west end. Some argue that the closer beaches are to Cape Point the colder they are but the general rule of thumb for beaches on the Indian Ocean is that they’re three to four degrees warmer than the Atlantic beaches. These are great swimming beaches. Most of them are manned by lifeguards and shallow waters extend quite far out so that swimming and paddling are relatively safe. 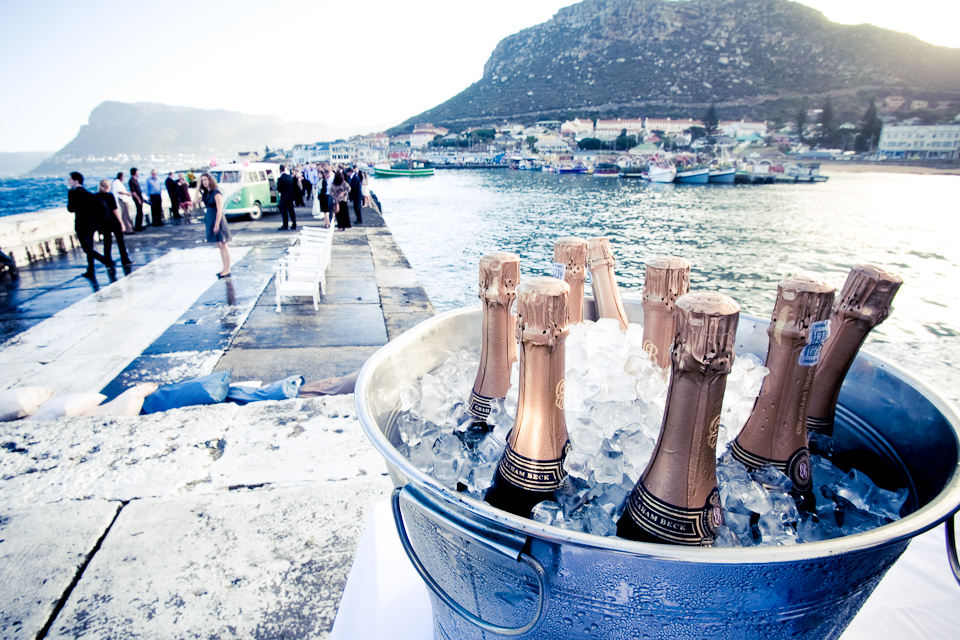 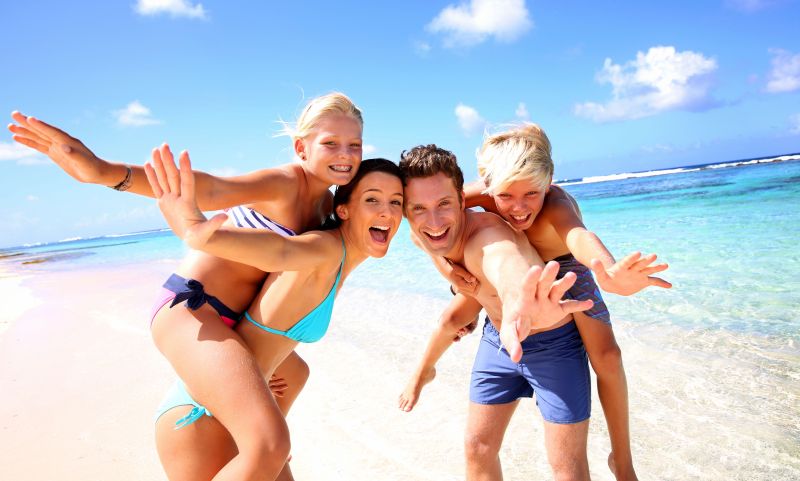 Weather you are wanting to spend a nice quiet evening watching the sun go down or party your shoes of, we have guided evening Tours for you.

There are essentially four nightlife precincts in Cape Town: Victoria Road in Camps Bay, aka the ‘sunset strip’, with tables on the pavement or on raised platforms – all the better to toast the setting sun; Long Street, an increasingly grungy area attracting a young pan-African crowd, and where most of the backpackers are located; upper Kloof street – though the bars are not as densely packed as Long Street – and the somewhat diminishing options for gay revellers in Green Point. Take a stroll around any of them and make your selection.

Asoka is a great lounge-bar in which to have a pre or post-dinner drink (or drink all night and order tapas from their menu) – a schmoozy Asian-styled place (1) attracting a slightly older, sexy crowd, where the music (played by respected in-house DJs) is lounge-model, and everyone looks good enough to eat. 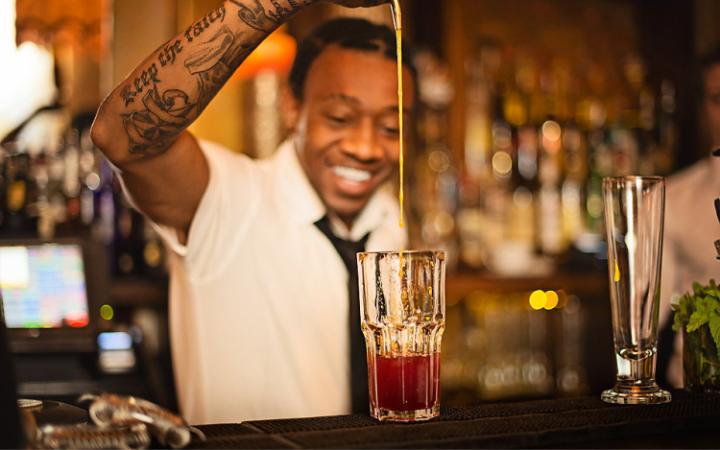 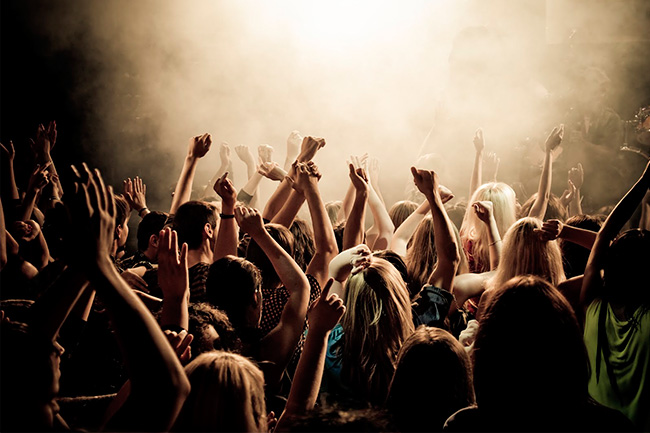