Experience a 10,000 hectare conservancy in the southern Karoo, and home to the big 5 legends of the wilderness – elephant, lion, buffalo, leopard and rhino..

Today, we visit the Aquila Safari Lodge and private game reserve, a 4 star establishment in the Southern Karoo. Aquila Game Reserve is the closest private game reserve to Cape Town, being a short drive from the city. Aquila is located in the historic Touws River town, in a valley between the Langeberg and the Outeniqua Mountains in the Karoo.

The Historic Town of Paarl

The scenic beauty of Paarl compels visitors to explore the many cultural and historical attractions in the Drakenstein Valley, together with some of the most bountiful nature reserves in the surrounding mountains.

Paarl takes its name from the huge granite outcrop that stands proudly on the crest of Paarl Mountain. The town was founded in 1687, is the third oldest settlement in South Africa and has a rich cultural and historical heritage.The birth of Afrikaans as the world’s youngest language is celebrated by the iconic Afrikaans Language Monument that stands prominently on the southern slopes of Paarl Mountain.The town has many fine examples of Georgian, Victorian, Edwardian and Cape Dutch buildings that compete for space with a wide variety of fine restaurants and coffee shops spread out along the twelve kilometre-long Main Street.

Just outside Paarl is the Drakenstein Prison, where Nelson Mandela spent his last years of captivity and from which he completed his “long walk to freedom”.
Paarl boasts true country hospitality, award winning wine farms and estates, and a plethora of accommodation to suit both your requirements and budget.

Chapman’s Peak is named after John Chapman, the pilot of an English ship becalmed in today’s Hout Bay in 1607. The skipper sent his pilot ashore to find provisions, and the name was recorded was Chapman’s Chaunce. 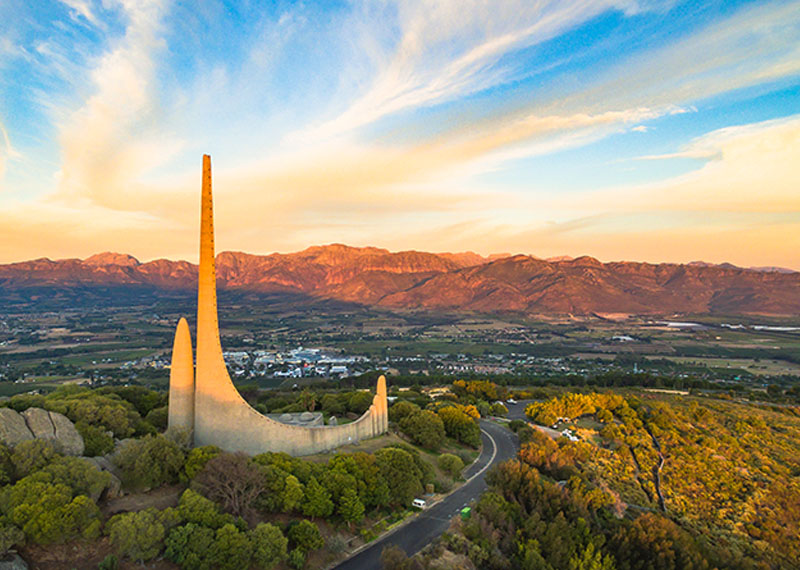 As we say farewell to Paarl we aproach the Du Toitskloof mountains that separate Paarl from Worcester, we switch on our headlights and get ready to slip into the 4km dark Huguenot Tunnel that cleverly burrows through the mountain range.

To overcome the hazards facing motorists in these passes another way through the mountains had to be found. It was decided to heed the suggestion of Mr P A de Villiers an engineer to build a tunnel through the mountains to Worcester. It took a number of years to plan the project but eventually in 1984 work was started. At the time it was decided to build two tunnels next to each other so that in the future should road traffic become too heavy the second tunnel could be utilised.

Excavation of the tunnels was done using the drill and blast method and teams started on either side of the mountain working towards the centre. A margin of error of only 3 mm was achieved when the tunnels met in 1986. Quite an achievement taking into account that the tunnels are not straight but in the shape of an elongated “S”..
When entering one end of the 3.9 kilometre tunnel the other end cannot be seen. The southern tunnel was completed and on the 18th March 1988 the Huguenot Tunnel was opened. It has cut the distance travelled between Cape Town and Worcestor by eleven kilometres. 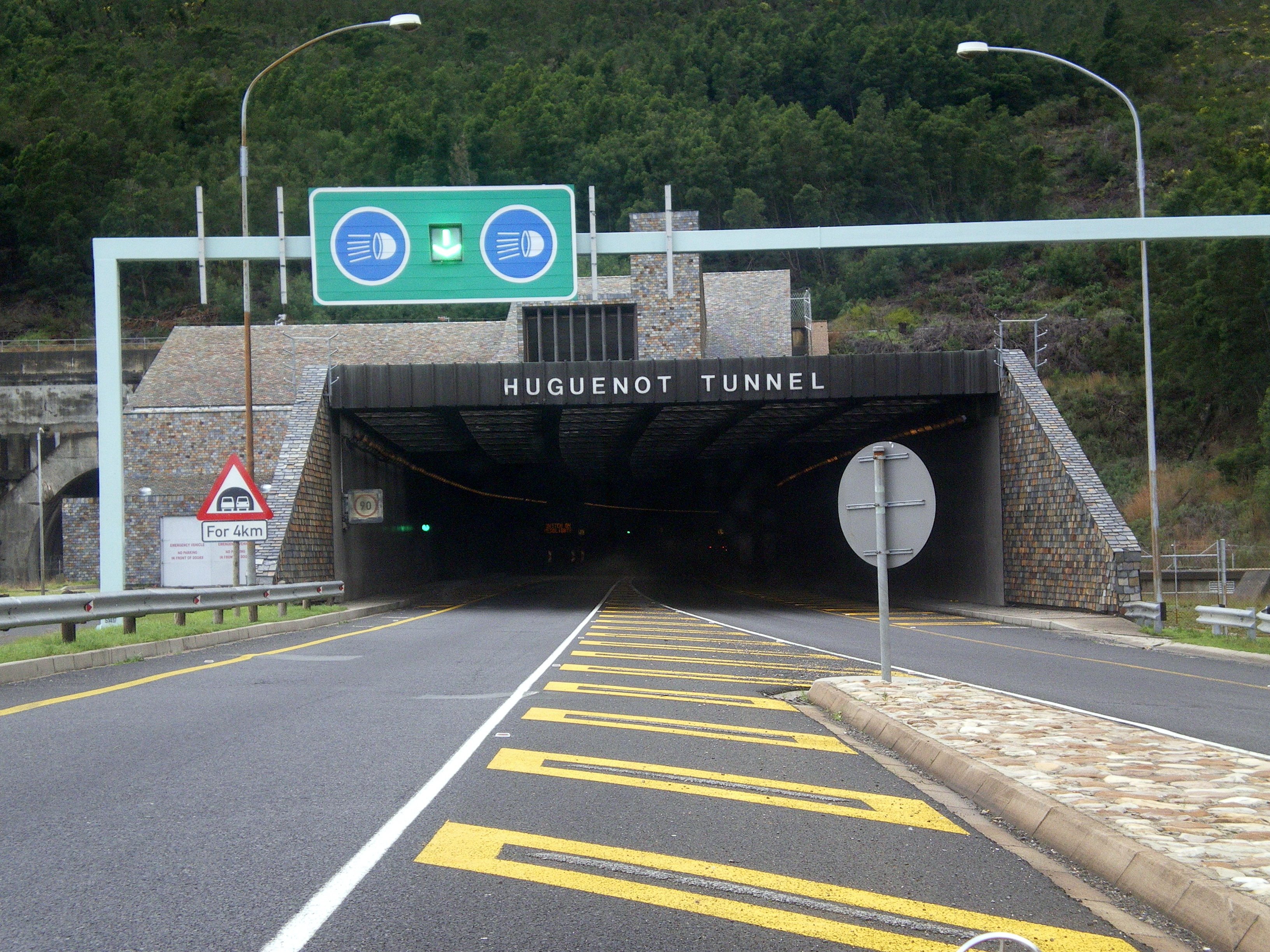 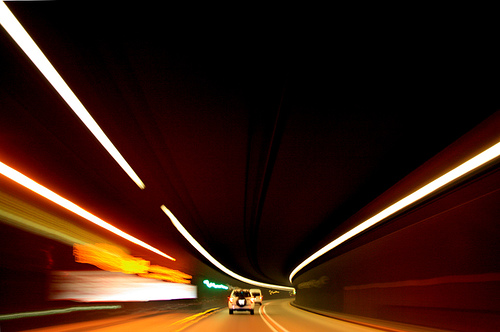 The Town of Worcester

We pop out on the other side of the tunnel and the picturesque views of the mountainous landscapes grips you instantly as we make our way towards the town of Worcester.

Worcester is part of the beautiful Cape Winelands, surrounded by the majestic mountains and lush green valleys of the Western Cape. This is the biggest wine producing town in South Africa, home to many popular brands.Just over an hour’s drive from Cape Town, Worcester is well worth the trip up the N1. If you are traveling south from the Karoo, you wil travel along some spectacular mountain passes just before you reach Worcester.

Worcester was declared an official town by the local Magistrate’s Court (known as a Drostdy in Afrikaans) in 1820, although it only really started to develop once the railway line to Cape Town was completed 1876.There is a strong German influence in Worcester, following an influx of railway workers in the 1860s. The town’s Kleinplasie Living Open Air Museum provides a glimpse of this past and offers loads of information for travellers.The town is also home to some famous South African residents such as musician and playwright David Kramer and artist Hugo Naude. 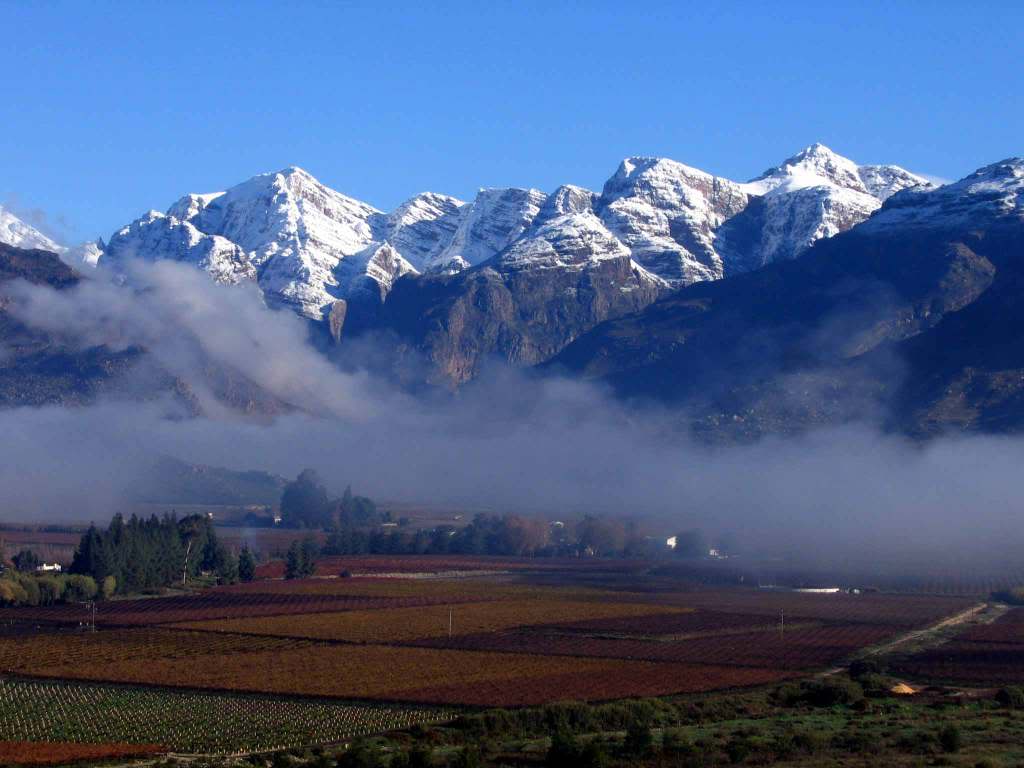 Aquila Private Game Reserve is the ultimate African safari getaway, a Big 5 Game Reserve close to Cape Town, which is found less than two hours’ drive from the city.
Adventure quad-biking on hilly roads, roaming the woods on horseback, slow champagne sunset safaris, and close encounters with the Big Five are only a few of the things you can expect on an Aquila Cape Town Safari.Aside from the Big 5, Aquila is home to hippo, giraffe, buck and over 170 different species of bird. Safaris include full course buffet breakfasts, picnics at rock pools, and etched-in-memory animal encounters. 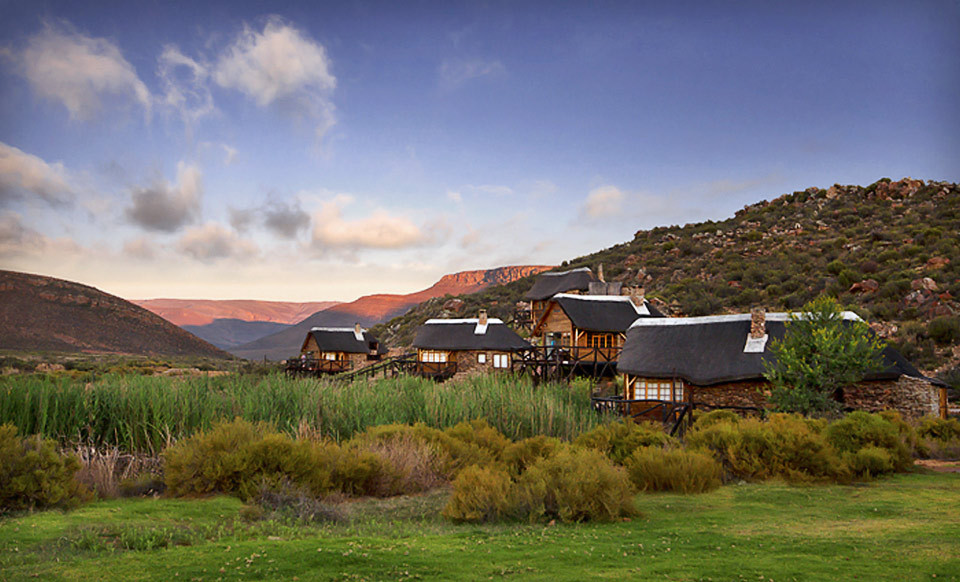