Leave Cape Town behind and Visit Cape Agulhas, a rocky headland in Western Cape, South Africa. It is the geographic southern tip of the African continent and the beginning of the dividing line between the Atlantic and Indian Oceans.

Mini Map of the Tour Route

Early travellers would not have had an easy time of attempts to negotiate the Hottentot’s Holland Mountain range, which stretches along the eastern side of Somerset West and Gordons Bay.
The summit provides one with the most awe-inspiring backdrops in the Western Cape – on a clear day you can view the range all the way from the southern suburbs of Cape Town. Today, Sir Lowry’s Pass allows easy passage across this daunting natural barrier.

The beauty of this pass, often shrouded in mist and rain, more than makes up for the unsynchronised traffic lights that grace the N2’s tardy passage through Somerset West and around Gordons Bay, invariably resulting in bumper-to-bumper snarl-ups and quick sales amongst the posse of self-employed salesmen who dart in amongst cars with the latest sunglasses, hats, cell phone chargers and the like.

But Sir Lowry’s Pass is a lot more than a route across a formidable mountain range. It is also a haunt for bird watchers and nature lovers and the car park, on the western side of the N2 as one approaches the top of the pass, provides a perfect stop to explore the area. The mountain fynbos is fairly accessible here and one can take three to four hours to explore the mountain side and the lower areas where streams become densely vegetated and provide perfect cover for birds.

The town side of Sir Lowry’s Pass has some truly awesome views over False Bay, whilst over the other side of the mountain one enters a beautiful valley that is home to forests, orchards, fruit, flowers and vineyards – the Elgin Valley. In spring this part of the world is a display of blossoming fruit trees and heavy with grapes on the vine 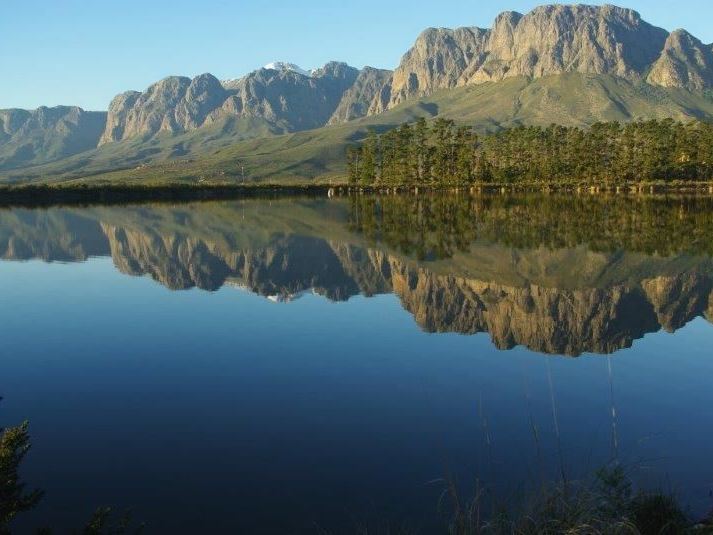 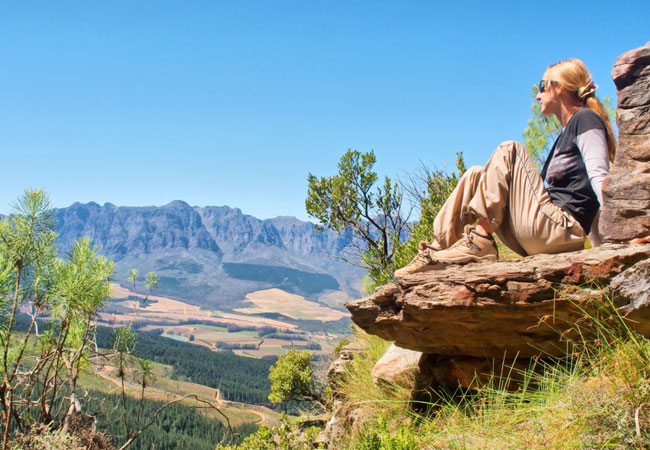 Established in the sixties, Peregrine has been serving generations of travelers seeking honest homemade fare and warm country hospitality. Situated in the beautiful and fertile Elgin Valley, Peregrine offers an abundance of locally sourced artisanal goods and wholesome, responsibly farmed, fresh produce.
The shop showcases a variety of locally farmed and produced goods, from artisanal foods, fynbos honey to fresh cold-pressed juices and champagne style apple cider. The aroma of Peregrine’s variety of freshly baked goods fills the air and teases the senses. The wine shop stocks all the region’s top wines and ciders, as well as a growing selection of craft beer.The seasonal menu is a result of the close collaboration of local farmers, artisan chefs, and the demands of our discerning customers. The focus is on café style casual dining in a relaxed but stylish venue, and for those wanting a quick bite for the journey, there is a selection of wholesome and healthy ready-to-eat meals too. Peregrine pies enjoy legendary status, with perfect pastry and generous fillings. 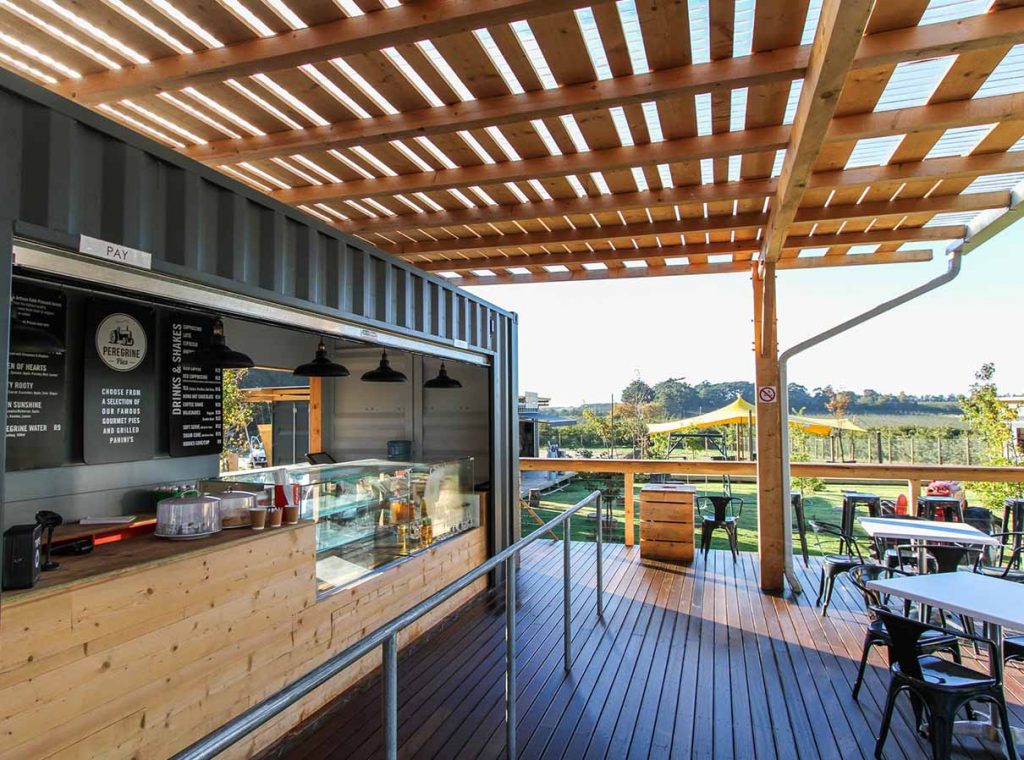 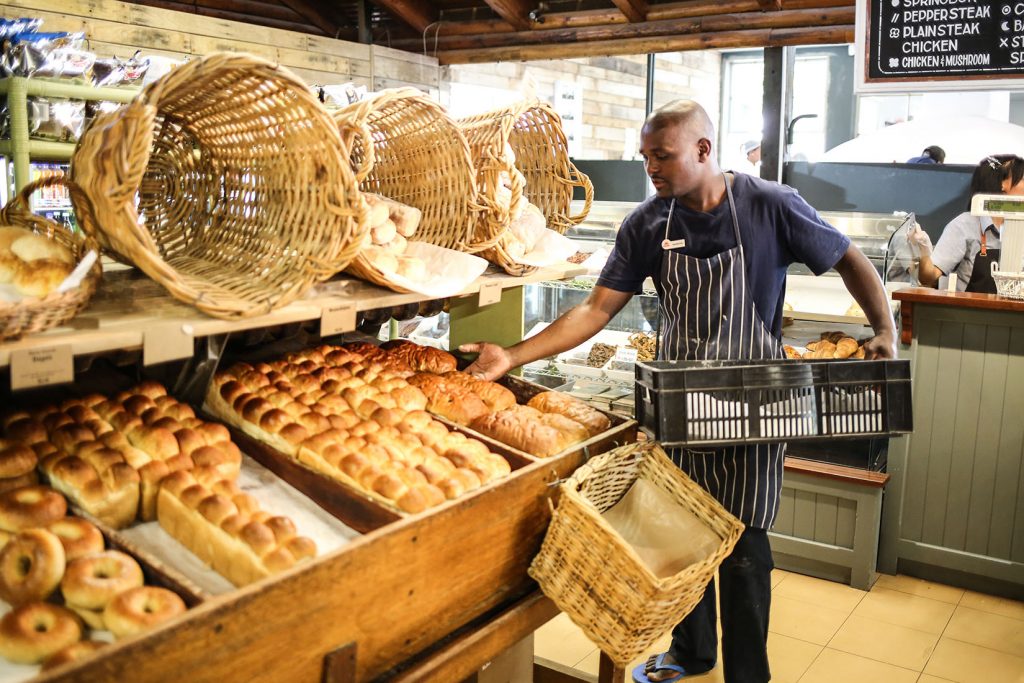 Caledon is famous for its hot springs, discovered by the early Khoi-Khoi people before the Europeans attributed healing properties to the iron-rich waters and opened a sick house and later a sanatorium, which was destroyed by fire. The seven springs, one of which is cold and the other six thermal, are warmed by contact with rocks heated by pressure deep under the ground to a steady temperature of 49.5° Celsius. Interestingly, the waters of Caledon are also free of any organic matter and when submitted, in 1893, to the Chicago World Fair, they were awarded first prize as the world’s top quality mineral waters. 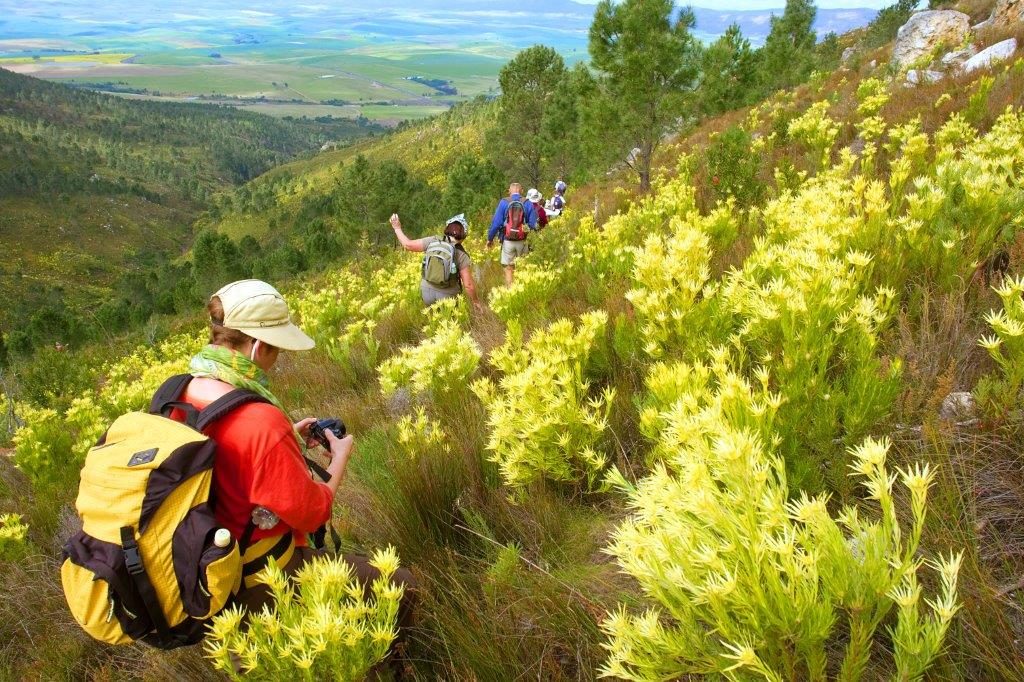 The quaint town of Bredasdorp, which claims to be the first town or ‘dorp’ established in South Africa, lies on the slopes of a fairly high hill known as the Preekstoel (pulpit), in the midst of giant proteas and wheat fields. The proteas grow on the ridges of the hill and serve as one of the main products of the Bredasdorp district.

Bredasdorp is named after the first mayor of Cape Town, Michiel van Breda, who is also considered the father of the merino sheep industry in the country, having introduced the animals on to his farm, Zoetendals Vallei. Bredasdorp today is the economic hub of the Cape Agulhas region for local farmers and tourists to the area. The Overberg District Council’s Head Office is resident here and has been partly responsible for the fairly rapid development of the town. Despite this, Bredasdorp maintains its rural, ‘dorp’ type atmosphere and, like many of the little towns in this part of the world, offers a real ‘getaway’ from the madding crowds for city dwellers and for holiday makers.

An interesting rift between van Breda and his neighbour, Pieter Voltelyn van der Byl, resulted in a rent in the Dutch Reformed Church in Bredasdorp. The original NG church was built in 1860 and is still standing next to the rectory – a dignified example of neo-Gothic style architecture that forms part of the Shipwreck Museum complex. The rivalry led to the establishment of a second church in what is today the little town of Napier, but at the time was van der Byl’s farm. Independent Street in Bredasdorp is a tribute to the event.. 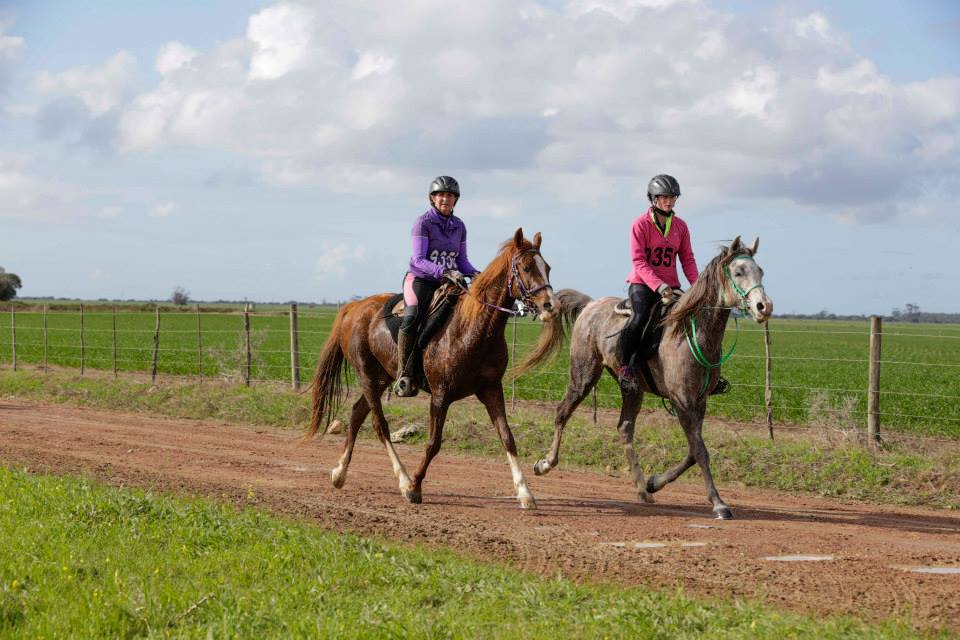 L’Agulhas or Agulas – The biggest draw card for Agulhas, other than the fact that it lies only two hours from Cape Town on one of the most beautiful coasts in the country, is that this little village lies on Cape Agulhas, the end of the African continent and the meeting place of the Atlantic and Indian Oceans.

Many a disappointed traveller has ventured all the way to Cape Point only to discover that to reach the tip of Africa requires travelling yet further south. And for those who would argue, the International Hydrographic Organisation has determined that this is indeed the official confluence of the two mighty oceans. Discovered by the Portuguese as early as the end of the 15th century, the southern- most tip was originally called ‘Cabo das Agulhas’ (Cape of Needles) either because compass needles show no variation between true north and magnetic north at the cape or because of the sharp, saw-edged rock formations responsible for some of the worst shipwrecks on the coast.

The Agulhas bank is shallow and extends for 80 km from the coast, which explains the propensity for ships to run aground on the rocks and today provides one of the world’s most fertile commercial fishing grounds. Ancient fish traps, called ‘vywers’ are still maintained and used on the eastern side of the cape. They function as low dams where fish become stranded at low tide.

This beautiful and rugged tip of Africa has been proclaimed a National Park (See Agulhas National Park) and supports a diverse intertidal and marine life as well as serving as a breeding ground for the endangered African black oystercatcher. The famous red and white Cape Agulhas Lighthouse, the 3rd to be built on the South African coast, in 1840, is a design based on the Pharos of Alexandria, one of the Seven Wonders of the Ancient World. Restored in 1968, after being declared unsafe, the lighthouse is today a National Monument with its own museum.

Walks and hiking trails in the area abound and include journeys through limestone fynbos, unique to the area, and a walk along the uninterrupted sandy beach of Struisbaai, which provides over 14 km of shoreline and some unique examples of shells for your collection. Although the coast here is shallow and rocky, there are several tidal swimming pools set amongst the rocks – ideal for holiday makers. 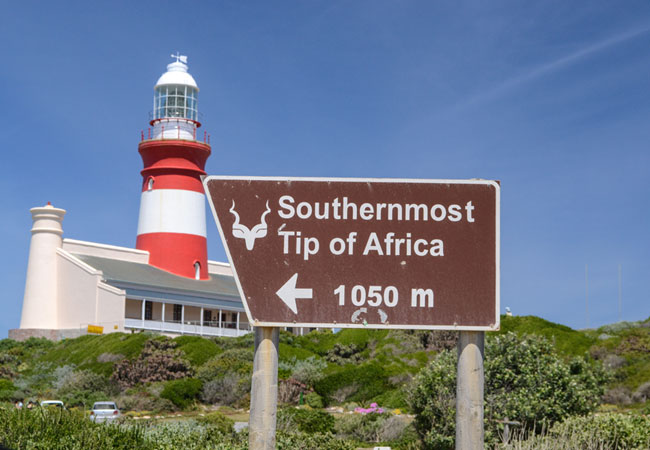